Foods That My Dog Can’t Eat

With the humanization of pets, it is common to think about sharing your food and some with your dog. However, some human foods contain substances that are toxic to animals. These substances can cause gastrointestinal disorders to death, depending on the amount ingested and the body’s sensitivity.

What Makes Food Toxic For Dogs?

Some foods have substances that can cause intoxication or poisoning in dogs, but after all, why can humans eat them and dogs can’t? It happens because we have a different metabolism from dogs, some substances we humans can synthesize, but dogs cannot, so poisoning occurs. Usually, poisoning occurs accidentally, as dog parents are unaware of the harm of some foods. Some studies indicate that 90% of animal poisonings are accidental, as the owners are unaware of some foods’ toxic potential and damage. Therefore, seeking information before introducing food into your furry’s diet is very important. The main substances in foods that make them toxic for dogs are theobromine, caffeine, persin, oxalic acid, n-propyl disulfide, and solanine.

What Are The Main Toxic Foods For Dogs?

Now that you know what substances make foods toxic, learn about five foods that are toxic for dogs:

What To Do In Case Of Poisoning?

First of all, it is essential that you keep calm and take him to the vet immediately if there is an accident with the ingestion of potentially toxic foods. In the MV, the usual protocol for treating food poisoning in dogs is very similar for all the substances. In most cases, gastric lavage, administration of activated charcoal, probiotics, and fluid therapy are indicated. If you have activated charcoal at home, you can use it to prevent the progression of intoxication, but be careful, don’t look for help on the internet, and provide medicine on your own. Call the vet you trust and ask him to help you at this first moment. With the wrong move, you can harm your pet even more. Pay attention to what your pet eats, and always look for information in trustful sources before giving your dog something different to eat, so that you can prevent food poisoning! 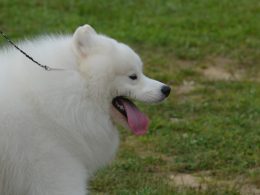 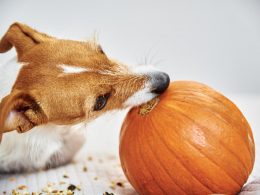 What Is a Good Substitute for Pumpkin for Dogs?

This article discusses the benefits of pumpkin as a replacement for sweet potatoes for dogs. It also discusses the nutritional requirements for dogs whose health is in jeopardy.
byPetswith.me
1 share
1
0
0
0
0
0 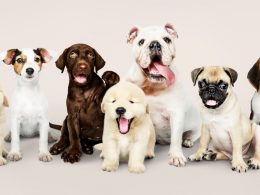 This article discusses the benefits of having a pet dog. It discusses the many ways that having a dog improves your health, your social life, and your chances of getting a date.
byPetswith.me
28 shares
28
0
0
0
0
0 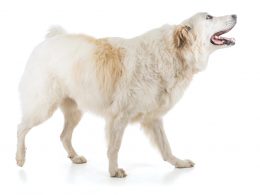 This article is about two very similar breeds, the Great Pyrenees and Newfoundland. They are both very sweet and have a lot of personalities, but they are not the same breed.
byBrenda Vitorino
4 shares
4
0
0
0
0
0
wpDiscuz