If you find yourself in a situation where your cat is frolicking in their litter box, you should be able to figure out what’s going on and take action to fix it.

Feline instincts are often exercised in the litter box, which is why kittens frequently engage in this habit. Litter-based activities such as hopping, scratching, and rolling around can all be part of playtime. However, misusing the litter box might indicate underlying physical or psychological issues.

This obnoxious behavior typically indicates your cat’s unhappiness with the existing state of the litter box. Cats like a sanitary environment to discharge themselves in, and they are susceptible to the buildup of scents.

Often, scratching is a sign that the litter box is overdue for a cleaning. However, the scratching could also indicate that your cat is opposed to the litter you’re putting in their litter box.

Your cat’s preferred litter may be a matter of trial and error if you’re using an artificial fragrance with your litter. If you’ve recently tried out a different litter with a distinctive smell, the cat may not be happy about it.

A trip to the vet or a change in your cat’s environment could be in order, but it could include more time spent with your furry friend. This isn’t an impossible challenge, regardless of the root cause.

Even if it’s not expected, Jumping in the litter box can be a habit you want to end or at least minimize. Here, we’ll examine the kitty’s mentality and discuss methods for reducing or eliminating the odd behavior.

Is It Normal for Cats to Play in Their Litter Box?

Scratching, digging, jumping, and rolling about in the litter are all wild play behavior. But, on the other hand, your cat’s behavior in the cat box can indicate psychological or physiological stress for your feline companion.

Re-marking their area is something some territorial cats like doing when you clean. Asserting dominance over the other cats inside the household, or just reestablishing their litter box as their territory, is a crucial part of this process.

An angry or violent cat may attack anyone when they observe you cleaning their litter box. Washing the litter in a separate room, playing with your cat’s favorite toy, or temporarily isolating them in another room can help.

Scratching and digging in the litter box are typical behaviors for cats, so don’t worry if you see one. This digging tendency can be explained by cats’ instinct to mark their territory with excrement and urine, which you’ll likely find your feline buddy usually covers or buries.

Rolling in the litter box may indicate restlessness in your cat. In any case, if your cat spends so much time in the cat box, they may become unwell or be in pain, and the litter will almost surely be dragged around the home and need to be cleaned.

Why Does My Cat Go Crazy in Her Litter Box?

One such theory proposes that the madness is connected to the times when cats roamed freely in the wilderness, and living was somewhat more challenging than it is today for the typical domesticated house cat. Wild cats defecate far from their burrows to avoid giving away their whereabouts to predators or competition for territory.

Cats, like humans, are susceptible to worry and tension, even though they appear calm and collected. Stress and worry can make them want to flee to a safe place like a litter box, which may be surprising to some people.

Excitation and stimulation of the vagus nerve, which travels first from the brain towards the colon in both humans and cats, can be caused by defecating, as this nerve is connected to the colon. Some things are less amusing when your cat does something they have never done before.

It is the most private location for them, and they may think of it as the portion of your house that belongs to them the most, so it makes it natural that they would go there when things start to become too much for them to handle. There is a slew of possible causes for your cat to seek refuge in its litter tray, including worry or stress.

Fireworks or adjacent construction projects making a lot of noise are other possibilities. Alternately, the introduction of a new member of the family or a new animal could be the source of your cat’s anxiety.

Why Does My Cat Put Toys in Litter Box?

Just as cats’ natural desire to burrow their excrement is driven by nature, so is the way cats want to play determined by instinct. For example, many cat toys resemble smaller animals or birds that cats could encounter in the wild to stimulate a cat’s natural hunting urge.

When cats play with your favorite people, they emulate the behaviors of a predator to entertain themselves. Playing with toy mice or a ball simulates the process of exhausting small prey.

When jumping for the toy on the string, a feathered toy on a thread resembles capturing birds or flying objects. So even while you’re not paying attention, your tiny home predator is working on his skills.

Cats relying on litter boxes will bond closely with their containers. You and your cat may find the litter box smelly and filthy, but to your feline friend, it’s where he keeps all the elements that smell most like him in one place!

In certain respects, the litter box serves as a personal sanctuary for him to take care of his requirements and protect himself from the outside world. Using the litter box, your cat can feel comfortable and secure as they bury someone’s waste to avoid being discovered by larger predators.

There is a possibility that your cat is trying to mask specific odors in her litter box by hiding clothing or other items. But, on the other hand, maybe he’s just trying to keep you safe by hiding your socks so that the litter’s odor won’t attract anything terrible.

Why Does My Cat Play in the Litter Box After I Clean It?

Your cat may regard cleaning the litter box as an incursion of its territory, so it may play around in the box after you’ve done so, even if it’s only to enjoy the new litter.

There are some matters you can count on with cats: they’re incredibly complex and unpredictable. For example, cats may play in their litter boxes for various reasons; if you’re interested in finding out why you’ll need to study your cat’s activity and hunt for clues.

Your cat may withdraw to the safety of a litter box in the event of a threat to its territory. It may be a new pet cat or family member, or it could simply be a shift in how it interacts with other kitties inside the home.

In most cases, scratching or digging in the litter box is normal behavior for a cat. The instinct of cats to mark their territory with excrement and urine can be explained by the fact that they usually hide or bury their waste.

Changing the litter can confuse your cat significantly if you’ve changed to one that’s scented or highly different from the one it’s used to, and it begins treating the litter box as a play area or a sleeping space.

Do not entirely change its litter straightaway; start by mixing in the new litter with its old and gradually raise its ratio for a few days before the cat is accustomed to it.

How To Stop Cat from Playing in Litter Box? 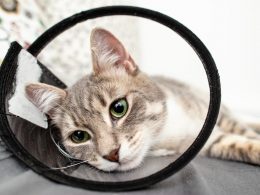 This article discusses the benefits and drawbacks of using a cone for your cat. It also discusses how to help your cat get used to the cone and how to make it more enjoyable.
byPetswith.me
1 share
1
0
0
0
0
0 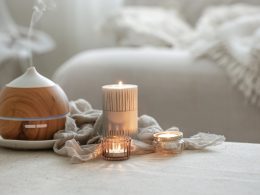 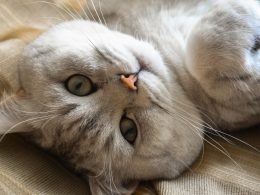 Why Do Cat Whiskers Turn Black 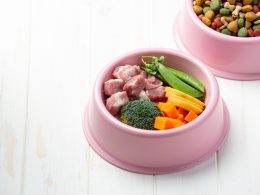 What Raw Food Can I Feed My Cat

Are you considering raw food diet for your cat? Discover the ins and outs of the raw food diet and its pros and cons.
byPetswith.me
wpDiscuz